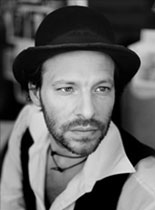 VISIT my current art-projects on : 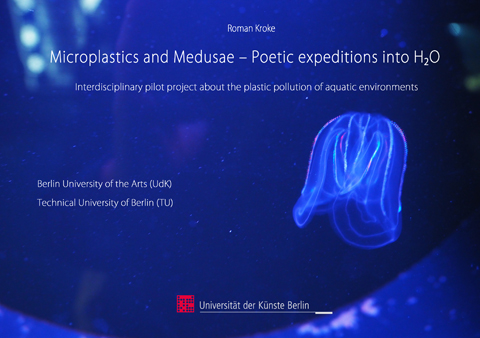 Roman Kroke’s last publication about the plastic pollution of the oceans is now ONLINE (extract).

Published by the Berlin University of the Arts (UdK), financed by the Commission for Artistic and Scientific Projects of the UdK (KKWV).

Extract of the Publication (PDF)

Content of the publication: As part of the interdisciplinary seminar Microplastics and Medusae – poetic expeditions into H₂O directed by Roman Kroke and Henning Wehmeyer, students of the Berlin University of the Arts (UdK) and the Technical University of Berlin (TU) embarked together on a travel assignment to thirteen scientific laboratories throughout Germany specialized in the research on plastics in aquatic environments. The students came from diverse disciplines ((visual communication, fine arts, biotechnology, environmental engineering, architecture, Communication in Social and Economic Contexts, teacher training program). On the basis of their research travels the students developed hybrid artworks which were exhibited at the international festival The Universal Sea – Pure or Plastic?! in Budapest (HUN), 2018. The project was supported by the Hybrid Plattform of the UdK and TU which serves the cross-disciplinary exchange of art, science and technology.

Serbian Television (Interview with Roman Kroke at the exhibition opening)

As a result of this project, Roman Kroke was mandated by the Helmholtz Centre for Environmental Research (Leipzig/DE) accompany the scientific expedition SO 268/3 on the research vessel SONNE crossing the Pacific Ocean from Vancouver (Canada) to Singapore (May-July 2019).

Since its launching in 2017, the pilot project Microplastics and Medusae – Poetic expeditions into H₂O has been meeting international attention from diverse domains: science, education, philosophy, art and architecture. Among others, Roman Kroke presented it at the Rufford Foundation Conference Enhancing Biodiversity Conservation in the Philippines (2020, Manila/PHL), at the Museum of Contemporary Art of Vojvodina (2019, Novi Sad/SRB), at an interdisciplinary colloquium on climate change, organized by the architectural institute OCRA (2019, Montalcino/IT), at the scientific conference MICRO 2018 – Fate and Impact of Microplastics: Knowledge, Actions and Solutions (2018, Lanzarote/ESP) and at the UNESCO Headquarters as part of a conference about philosophical practices in education (2018, Paris/FR).

Roman Kroke also adapted the pedagogical concept for students on school-level, once again in exchange with scientific institutes: Among others, he led inter-generational workshops about the plastic pollution of marine environments for a mixed group of students and teachers from Switzerland, the Réunion Island and the Shetland Islands as part of the Erasmus+ Programme of the European Union (2019, Geneva/CH). The Department F.-A. Forel for environmental and aquatic sciences (University of Geneva/CH) provided objects from their laboratories which served as artistic material for this workshop (2019, Geneva/CH). A similar approach was used for a Kroke’s workshop at the University of Bordeaux (FR) where scientists of the EcoBIM colloquium (an international network of researchers, economic as well as cultural players in the area of ecotoxicology in aquatic environments with a transatlantic axis) exchanged objects and expertise with a mixed group of students coming from four different schools.

ENVIRONMENTAL AWARD: In November 2021, the workshop in partnership with the UFZ Helmholtz-Centre for Environmental Research, the Louise-Otto-Peters Gymnasium and the Alluvial forest station (all in Leipzig/Germany) was distinguished with the environmental prize “eku -  ZUKUNFTSPREIS 2021” (2.500 €), awarded by the Saxon State Ministry for Energy, Climate Protection, Environment and Agriculture.